From its creation just over a decade ago, Ucom has grown into Armenia’s leading provider of fixed and mobile broadband services as a result of its forward-thinking approach. Director General Hayk Yesayan discusses the secrets of the company’s success, Armenia’s strategic position in the IT world and the ground-breaking programme the company is sponsoring to help create the next generation of engineering talent

Ucom launched in 2007 and you joined the company in 2009. What do you view as your biggest successes and your biggest challenges?

In terms of success, it’s the fact that no other player is competing with us. Everyone told us that what we were doing in the beginning was crazy – for we were investing too much in fixed broadband and in fibre optics. At that time, in 2009, we were connecting 1 gigabit GPON links, while the speed we were serving was only 128kbps – 8,000 times less internet connectivity than our network can now serve. We believe that you’re a success when no one treats you as a competitor.

Ucom was ranked as the best telecoms company in Armenia and was voted the best mobile network by global internet metrics firm Ookla last year. What is the secret of its success?

I believe this is due to our technological thinking. We think of our team as a technology driver in the country.

Since 2009, we have been the major player in fixed broadband and IPTV. We were the first to launch IPTV not only in Armenia, but in the region as well. In 2009 we did the first GPON IPTV and IP telephony deal with Ericsson. It was the first big contract that Ericsson signed for a triple-play service in Armenia.

In 2013 we got our LTE license. While having a strong presence in fixed services market, we looked into the opportunities of elaborating on mobile broadband as well. The set of long negotiations with Orange led to its acquisition in 2015, and then we understood that we had to drive change in the mobile sector as well.

The market needed faster internet connectivity through wireless, and we started building the network with LTE Advanced technology – not just LTE. At that time, VivaCell, the other player in the market, already had some spots of LTE coverage. We started building LTE Plus Technology based network in three frequency bands – 800, 1,800 and 2,600 MHz.

This is the key to our success. We’ve built the best network. We started building a quality network that only 11 countries had on a worldwide scale. We can now proudly state that Ucom has changed the market in Armenia.

According to Ookla statistics, the country went up from 95th or 94th place to 51st in terms of average speed of internet connectivity and coverage. The interesting thing about Armenia is that we have very good connectivity. The penetration of both fixed broadband and wireless broadband is quite high. By May 1, 88 percent of populated areas will be covered by our LTE network. Currently, around 85 percent of the population enjoys our LTE Advanced technology. Once we have 88 percent coverage, more than 98 percent of the population will be able to use our network.

The telecoms sector is going down worldwide. In Armenia last year, telecoms revenues reduced by around six to seven percent. But I don’t see this as a negative; for me these are merely market changes. We are transitioning from voice connectivity to data connectivity. We are moving towards digital services and adding others: electronic wallet services, mobile TV services, etc. We boost the content growth, we produce our own content and we change what traditional telecom is.

Before, we were selling pipes only, charging per minute or megabyte to gain revenues. Right now, we are moving towards packaging and offering more services to our customers. We are moving towards providing different types of services, such as smart home services and cloud solutions. We have created the first cloud infrastructure in Armenia – the U!Cloud. This is like Amazon’s, but running locally: it performs faster, the security is higher and the connectivity is better. We are also very strong in international data transit services. We are selling transit to other countries through Armenia.

What opportunities are there for investors, particularly from the Gulf countries, to come into the telecoms sector in Armenia? What are the leading edges in terms of growth?

The growth is not there in traditional telecoms; instead, we see growth potential in other areas. My vision for Ucom is having a data centre in Armenia. Currently every country produces a huge amount of data, and new technologies such as blockchain, for example, need more data space. Armenia is an interesting country to invest in for that. We already have a data centre, but we would like to build a new, bigger one to offer it as a service, as the connectivity here is very strong. We are located right in the middle, between Europe, Asia and the Middle East. This is the centre, just like it was 5,000 years ago when the Silk Road went through Armenia. I always compare the Silk Road with the idea of the ‘internet road’. This is the shortest route, while the shortest route means the best quality when it comes to the connectivity. The country is energy independent and politically very strong – there are no major upcoming changes on the horizon. By investing in the data centre, you can use Armenia as a backup for your own country’s data – connectivity is there and for the Gulf, it’s a short transit to Europe.

In December last year the United Arab Emirates announced the launch of IMT-2020 – the 5G network that will revolutionise internet use in the country. Are there opportunities for knowledge transfer with the UAE?

5G is a very interesting technology. It’s the future. A couple of very strong laboratories are currently testing 5G in Armenia. We can share knowledge in both directions, from here to the UAE and from the UAE to Armenia. 5G is not only about the connectivity – it’s about digitalising the country. If you don’t digitalise your country totally, you can never utilise 5G networks to their fullest.

The government wants to move Armenia’s digital agenda forward. What part does Ucom play in this?

Network connectivity is helping to grow a digital country. The main goal of Ucom is to help the country by getting fibre connectivity everywhere. This means that any company in need of connectivity gets it. Having a strong position in connectivity, one can build a digital country over it. We were the only company that was capable of connecting webcams in all the schools country-wide during the parliamentary elections, for example. Other companies don’t have the network coverage and capacity to connect 1,500 schools with fibre optic and around 500 schools through wireless links. Our network is capable of handling any ambition our government has towards the digitalisation of the country.

“We changed the market in Armenia. The country went from 95th up to 51st place in terms of average internet speed and coverage”

Ucom invests in robotics programmes for youth across the country. Can you tell us more about that?

This is an amazing programme. We call it Armath. We invested around AMD150 million ($0.3 million) in it last year. This is a Union of Information Technology Enterprises (UITE) programme, with Ucom as the major sponsor, as we realise that children need to master technology.

We teach our children the basics of coding and engineering so that they are capable of combining software and hardware. Being proficient only in either hardware or software is not the future. In Armath, children aged from 10 to 17 already know how to connect the software they coded with the hardware they designed. Forty-three percent of the children who attend these laboratories consequently build their own startups and 67 percent of them continue their education. India has just signed an agreement to build around 300 Armath laboratories there using the same idea as in Armenia.

What is your vision for the telecoms sector in Armenia within the next 10 years?

One of transformation. Telecoms have to transform into IT. There is a big diaspora in the US – in California, in Los Angeles – as well as in Russia and France. We would like to take our TV services outside of Armenia.

Within a couple of months, we will start doing a pilot in the US and after that in Russia. Right now, we are testing this technology in Armenia, and we can proudly state that this is our own developed technology.

Initially, we launched our IPTV service on Triple Play platform developed by Ericsson and consequently moved to our own in-house developed solution. While testing new ideas inside our company, we see that telecoms will transform into IT within three to five years.

The telecom industry is changing worldwide. Telecoms have been given network neutrality in the US. Other countries will definitely follow this trend, as that gives more power to telecoms to do more in IT, hence the telecoms industry will definitely face revolutionary changes.

Is there anything else that you would like to highlight?

For the Gulf, Armenia is the shortest way to connect to Europe and connectivity-wise we are very strong. Telecoms regulation is also very good in Armenia. The market is growing due to what the regulator is doing. Regulations are changing the market and right now, connectivity-wise, Armenia has high penetration and good quality. 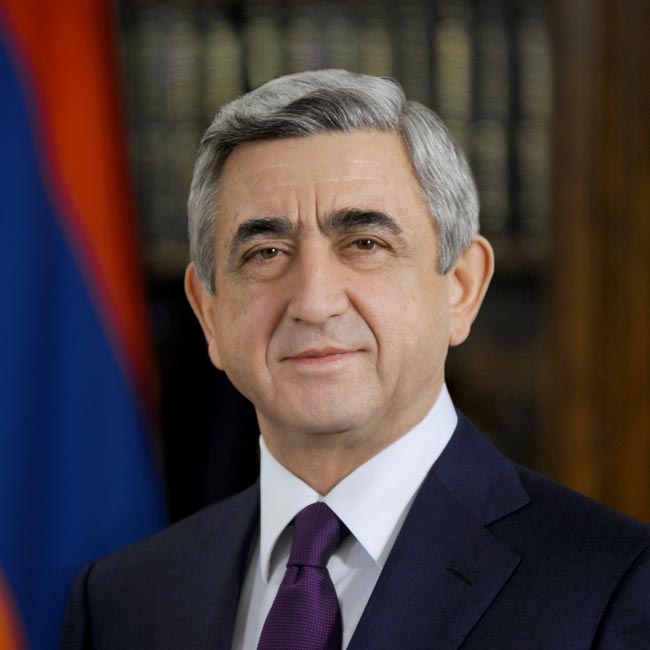 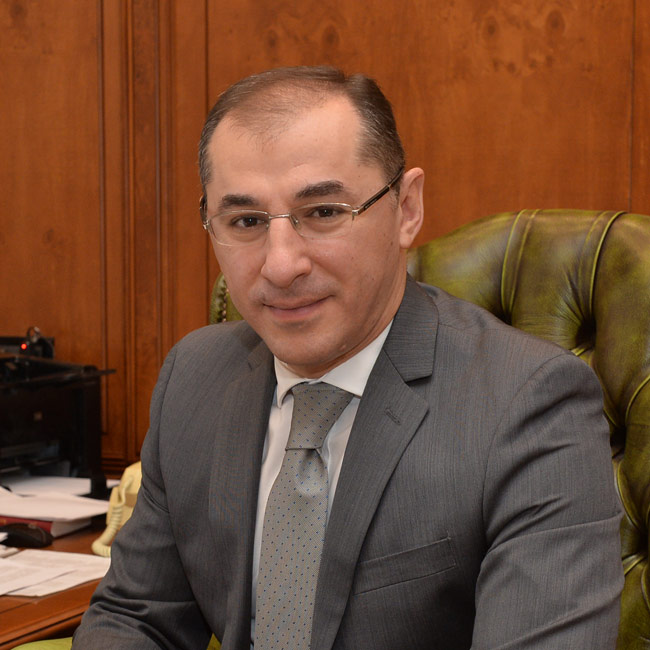 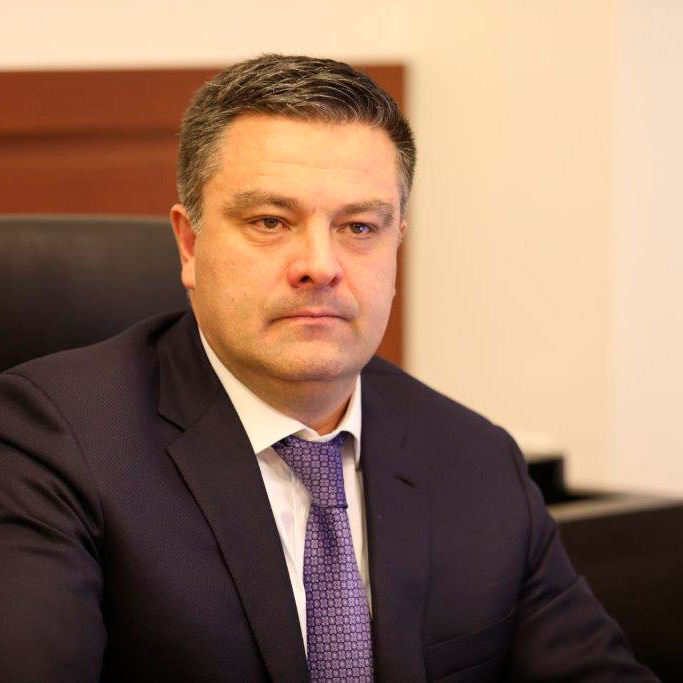 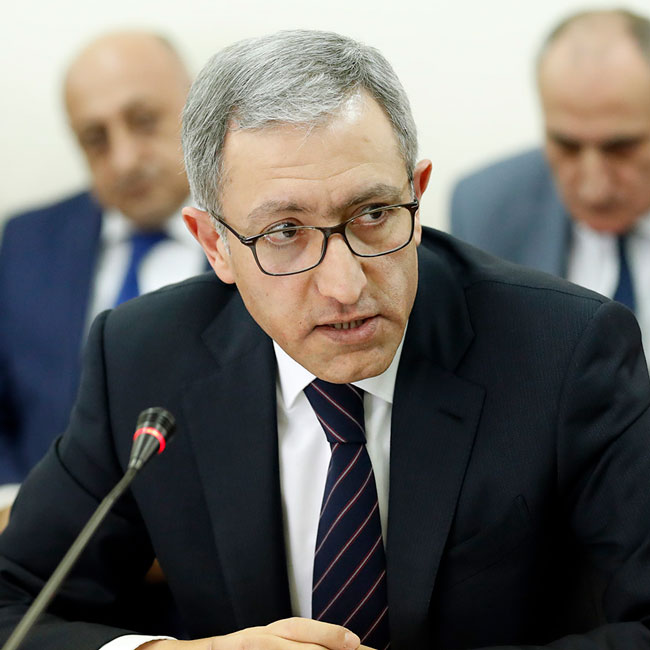